On what is real 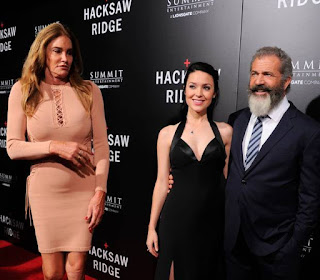 
Contrary to the claims of activists, sex isn’t “assigned” at birth—and that’s why it can’t be “reassigned.” As I explain in my book When Harry Became Sally: Responding to the Transgender Moment, sex is a bodily reality that can be recognized well before birth with ultrasound imaging. The sex of an organism is defined and identified by the way in which it (he or she) is organized for sexual reproduction...
Male and female organisms have different parts that are functionally integrated for the sake of their whole, and for the sake of a larger whole—their sexual union and reproduction. So an organism’s sex—as male or female—is identified by its organization for sexually reproductive acts. Sex as a status—male or female—is a recognition of the organization of a body that can engage in sex as an act.

That organization isn’t just the best way to figure out which sex you are; it’s the only way to make sense of the concepts of male and female at all. What else could “maleness” or “femaleness” even refer to, if not your basic physical capacity for one of two functions in sexual reproduction?

The conceptual distinction between male and female based on reproductive organization provides the only coherent way to classify the two sexes. Apart from that, all we have are stereotypes.

"Transgenderism" shouldn't even be up for debate. Nobody has ever explained in scientific terms how a female Mind gets implanted in a male Body because, in the first instance, nobody has ever applied scientific methodology to transgenders to see if Bruce/Caitlyn Jenner's Brain is observably female. Transgender advocates bridge the gap by detaching the social construct of gender from sex. But if gender is a social construct, why do transgenders adopt the purportedly superficial affects of the opposite sex in order to achieve what is supposedly real? Women chop off their breasts, grow beards with the aid of synthetic testosterone, put on pants, and proceed to announce themselves as "male." Men adopt the female names which were popular when they were adolescents, manicure the nails on their large hands, get silicone implants, and put on dresses. The surgery is a lot more graphic so I'll stop there. The result per the linked article is what anybody should expect: damaged people become increasingly dysfunctional, drop out of healthy society, commit suicide.

2. MS-13 is ‘taking over the school,’ one teen warned before she was killed.


The Dec. 6 arrests of Rivera and four others thwarted what police say would have been the sixth murder of a Brentwood High School student by MS-13 in less than two years.

But the incident also shook the school for another reason.

All but one of those arrested attended Brentwood, according to Suffolk County police. Three were unaccompanied minors who had been caught at the border and then placed in the community by a federal refugee program...
Sanchez, the school district safety director, said MS-13 had long been overshadowed by gangs like the Bloods and Latin Kings.

“The last couple of years, when we had the unaccompanied children coming, that’s when we saw the change,” he said. By providing vulnerable newcomers with a sense of belonging, MS-13 “became a powerhouse.” A deadly one.

Three missing immigrant teens didn’t draw much attention to Brentwood. But that would change with the killings of Kayla Cuevas and Nisa Mickens.

Kayla, a basketball player from a Puerto Rican family, had first clashed with MS-13 two years earlier at Brentwood’s Freshman Center, where gang members spat on her, stole or broke her things and taunted her, according to her mother’s lawsuit.

Things escalated in summer school, when an MS-13 member threatened her with a knife, then continued to attend Brentwood High, the lawsuit says.

“She used to tell me, ‘Ma, they are taking over the school. It’s like they’re everywhere,’ ” said Evelyn Rodriguez, who has become the face of MS-13 victims.

Rodriguez said she and her daughter reported the bullying to school administrators, who promised the knife-wielding student wouldn’t be allowed back. But when Kayla, 16, who had exchanged online taunts with MS-13, showed up for classes that fall, he was still there, the lawsuit alleges.

After a confrontation at Brentwood, federal prosecutors say, MS-13 put a “greenlight” — or kill order — on Kayla, and members made a “throat slicing gesture” toward her at school, the lawsuit says.

A week later, she was walking home one evening with Nisa, a basketball teammate one day shy of her 16th birthday, when MS-13 members spotted them and attacked with a machete and baseball bats, according to prosecutors. The girls were beaten to death.

What's this--immigrants not raining trillion dollar bills down on the sidewalks, doing the brutal, bloodthirsty jobs Americans just won't do? And kids these days. Well first, they're not "children" except in the addled heads of nanny-state bureaucrats, and second, they are products of a violent, r-selected milieu unthinkingly plopped down in an open, high-trust, K-selected society. The nanny state, unswerving in its belief of basic human equality, is unable to draw distinctions. Discipline and the ministrations of earnest bureaurats must be applied uniformly to the merely rambunctious and the low-g savage alike.

3. The 'American Century' Is Over, and It Died in Syria.


These events do more than simply demonstrate that the Syrian conflict remains an appalling humanitarian catastrophe. More significantly, Syria is the nexus for the destabilizing trends that are thrusting the entire global order into crisis.

That order was originally created after World War II, but it reached its full flowering and ambition after the fall of the Soviet Union. The post-Cold War era was characterized by widespread hopes that the forces of order and civilization were finally defeating those of aggression and inhumanity; that democracy was becoming truly universal; that great-power competition had vanished; and that the danger of major war was receding further than ever before. Nearly three decades later, however, the heady optimism of that period has given way to a darker set of trends, all of which are at work in Syria.

Begin with the obvious: Syria represents an assault on the very idea of moral progress. But it's not alone. Around the globe, longstanding legal and ethical norms are being eroded, and the world is being dragged back to a more ruthless, less-enlightened age. China, which may have a ruler-for-life, is chipping away at freedom of navigation in the Western Pacific; Russia has shattered the taboo against wars of aggression and conquest in Ukraine and elsewhere.

Oh the effrontery of these, people, rejecting Our Order, put in place by America, Britain, and France as if the End of History had finally been reached and all policy debate concluded forever. Search the linked article in vain for any hint of pragmatic thinking. Syria--the Middle East--is an extraordinarily complicated place whose modern States have only been around since 1945 (Year Zero, per the author). The ideologues simply cannot imagine that processes dreamed up on this side of the Hajnal lines might not be the best fit for a region molded by generations of Islam, polygamy, and cousin-marriage. For that matter, is there any doubt that any serious rebellion in the US would end with everybody in entire city blocks blasted into a pink mist? By the way, Syria was one prognostication I got completely wrong. Syria has not devolved into three States; the majority of Syrians believe in modern Syria. As for Russia and China, they are serious, mature countries with their own national interests. The belief that America knows best from the Ukraine to the Middle East to the South China Sea and that other sovereigns in an anarchic system will forever agree that nothing has changed since 1945 is pure hubris.

So, from transgenderism to immigration to foreign policy we see the effects of prioritizing delusion over reality, and delusion equals damage, from psychosocial human wrecks to teenagers beaten and hacked to death to entire countries blown up. Why don't we focus on the real? To return to the first author above,


While the current findings of medical science, as shown above, reveal poor psychosocial outcomes for people who have had sex-reassignment therapies, that conclusion should not be where we stop. We must also look deeper for philosophical wisdom, starting with some basic truths about human well-being and healthy functioning. We should begin by recognizing that sex reassignment is physically impossible. Our minds and senses function properly when they reveal reality to us and lead us to knowledge of truth. And we flourish as human beings when we embrace the truth and live in accordance with it. A person might find some emotional relief in embracing a falsehood, but doing so would not make him or her objectively better off. Living by a falsehood keeps us from flourishing fully, whether or not it also causes distress.

This philosophical view of human well-being is the foundation of a sound medical practice. Dr. Michelle Cretella, the president of the American College of Pediatricians—a group of doctors who formed their own professional guild in response to the politicization of the American Academy of Pediatrics—emphasizes that mental health care should be guided by norms grounded in reality, including the reality of the bodily self. “The norm for human development is for one’s thoughts to align with physical reality, and for one’s gender identity to align with one’s biologic sex,” she says. For human beings to flourish, they need to feel comfortable in their own bodies, readily identify with their sex, and believe that they are who they actually are. For children especially, normal development and functioning require accepting their physical being and understanding their embodied selves as male or female.

Unfortunately, many professionals now view health care—including mental health care—primarily as a means of fulfilling patients’ desires, whatever those are.

I conclude with a religious reflection: the title of this blog corresponds with my conversion to Orthodox Christianity, itself an illumination, not an idealization, of the real World. We are fed physical bread and wine that become the Body and Blood of Christ. The old man born into sin is washed away in the waters of the world blessed by Christ with His own Baptism. The physical icons are windows to the Divine. Our churches have domes with an icon of Christ Pantocrator. The building is a physical representation of an infinite and God-ordered Universe. The architectural elements can be pointed to and their roles explained in the illustration of the Divine plan. The Faith is practiced not in abstract ideation but with physical compounds: water, oil, bread, wine, flame and smoke.

Patrick Sheridan said…
"But if gender is a social construct, why do transgenders adopt the purportedly superficial affects of the opposite sex in order to achieve what is supposedly real?"

Precisely. And it's just one of many ways in which man has deviated from the perfect simplicity of God. I can do one better than Bruce Jenner, though. Have you ever seen this?

Bruce Jenner may have all the money to finance hormone replacement and plastic surgery in order to get the unconvincing "look," and live out the fantasy of being a woman, but there are even more pathetic cases out there.

In terms of ideology, do you know it took my own conversion to Orthodoxy to realise that I never actually cared what people believed but in how they worshipped? How very different from the ideologies of Papalism and Protestantism.
March 11, 2018 at 3:38 PM