I have seen the Future and it is beautiful, bigots


These Are the Voyages of the Starship Diversity (From TAC):


Star Trek: Discovery, however, is not an optimistic vision of a re-imagined society. It is a didactic presentation of a peculiarly zeitgeist identity politics fully imagined and realized in the future. The vision is terrifying: characters are reduced to a diversity check box, thin, not fully-realized, and robotic.

No more so than the central character, the non-captain, Michael Burnham, a woman with a man’s name, adopted by mixed-species parents. She is the central lead and fulfills the function usually played by the captain: she calls the shots, uses renegade or maverick tactics, and demonstrates that little bit of extra Star Fleet magic (though nothing she ever does is that spectacular.) This captain who never sits in the captain’s chair is a critical and central element of the identity politics imagined here.


Even the heterosexual Ash Tyler (Shaza Latif), Captain Burnham’s former lover, is drippingly pathetic. His relationship style is entirely co-dependent, deriving his slim sense of identity from his relationship to Burnham. He offers nothing, often cries, and ends up murdering the gay doctor. In previous episodes of Star Trek, Tyler would be the relative non-entity in a red shirt that dies in episode two on a planetary excursion (of which there are almost none on Discovery). Here he survives to the season finale where, at last, he self-identifies as trans-Klingon having undergone a sexually abusive relationship and/or species reassignment surgery (we’re never quite told which). But we are happy he leaves with his abuser or surgeon, who is now female leader of the Klingon Empire—even this warrior caste have accepted the non-patriarchy.


Outside of a few PS4 games, Game of Thrones is about the only mass-entertainment product I've watched in at least 10 years. Apparently I haven't missed much.

To be fair to the writers, science fiction suffers from the general, non-political problem of Fermi's Paradox. There just doesn't seem to be anybody else out there, as if a Great Filter cuts the civilization off before interstellar travel. After a certain point of saturation, it's hard for people to remain compelled by a fantastic idea. Imagine trying to weave a compelling plot twist over the existence of phlogiston, or magic as in the now-shopworn Harry Potter universe. People watch Harry Potter to revel in the archetype of the good guy/foundling vs. the bad guys, not to admire Harry's skill at the Magickal Arts.

Speaking of phlogiston, there's a great sci-fi/alt-history story out there called "The World as We Know 't." The plot turns on the apocalyptic consequences which follow from an 18th century scientist's reliance on the phlogistonic theory of combustion. But the story works because of the very novelty of the concept to the modern reader. The plot compels by juxtaposing the anachronistic theory with unforgiving reality.

No such wry picaresque may soil the dignity of our Grand Unified Theory of Diversity, and the latest iteration of Star Trek is a jealous, status-obsessed matriarchy, and absurdly and unself-consciously so. Part of the problem is fundamental. The notion of a single much less dozens of sentient species out there doesn't have much hold on the popular imagination after millenia of, nobody else. The other is the sheer unreality and ignorance of human nature displayed by the writers. Jesus Christ tells parables drawn from reality. Aesop's Fables, Kipling's Just So Stories, Harris's Uncle Remus all use this device. Moderns have a great deal of cocooning between themselves and reality much less tradition, so there's just not much to draw on for our morality plays. This tells us something about the future of humans in super-affluent society: they become obsessed with status, and since heroism isn't required they elaborate on victimhood. So maybe Star Trek: Discovery isn't so fantastical after all.

I'm the kind of person who sees The Hunger Games and wonders why a society that can generate man-eating beasts out of the ground to make things exciting for athletes still has to rely on an impoverished, restive workforce shuffling off to the mines to dig up iron and coal. 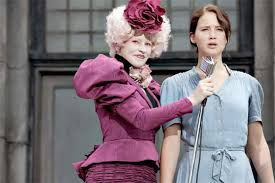 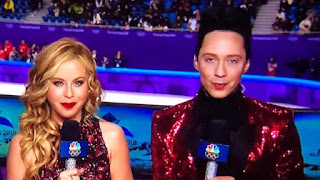 One of these is a movie.
So when I hear tales about the glorious, pan-sexual future, my first reaction is to think that if the future belongs to those who show up, it will probably be more religious and patriarchal.

As for the Great Filter, my hypothesis is that civilizations eventually become incapable of maintaining the technology upon which they have become reliant.
Email Post
Labels: culture death of the west democracy prognostication