Even Michael Oakeschott agrees with me


Remember him? Me neither. But apparently he made this point in 1947:

[Michael Oakeschott’s] very influential long form essay “Rationalism in Politics” (1947) ... argues against the Axiomatic Rationalism underlying various ideologies from Marxism to Libertarianism. The attempt to build a system of governance from the ‘ground up’ vis-à-vis axiomatic principles (e.g., the non-aggression principle, etc.) represents mankind’s vanity with regard to Reason’s potential, and is acted out through a reductionist scientism itself guided by a progressive assumption about an ever-improving Enlightenment Reason unfolding over over time.

The entire approach works under a one-sided version of Reason that is based largely (and sometimes entirely) on abstraction. Completely ignored is the innate and necessary incompleteness of our attempts to understand both ourselves (e.g., Nagel and McGinn and other ‘New Mysterians’ in philosophy of mind) and society writ large, let alone the chimera of building a utopian form of government that will continuously optimize our navigating human follies. Practical reason, and a more Aristotelian approach as well as Hobbesian approach, is ignored.

Austin Bramwell, writing in American Affairs, describes this "principled conservatism" as, what else, a set of principles generally orbiting around ideals of individual liberty, limited government, and free enterprise. Good stuff of course, but what the individual should be free to do, how big or how small the government should be, and whether I am free to sell pornography or have the government bail out my losses are up for debate. The principled conservative tries to square this circle with process: we write a Constitution that tells the government this far and no farther; wise and dignified judges scrutinize for Constitutional propriety; the best and brightest are sent by the rest of us to the capitals to protect the common weal. Well, at least I still have the Constitution. 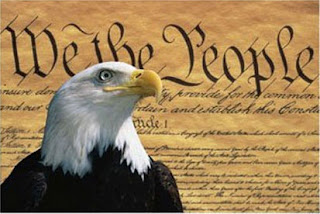 Obviously principles, being pure abstractions, can't save principled conservatism since all it takes is enough people with different principles and more guns to make sure your principles end with your bullet-riddled corpse. This does not trouble the principled conservative as he becomes a stranger in his own land, has his sensibilities assaulted, and his children propagandized. With the detached assurance of the true fundamentalist he simply doubles down on his abstract beliefs even as their immanentization is rendered impossible. As Bramwell observes, "Principled conservatives ... love America only as an idea. They see nothing of tragedy in our politics and, through every setback, present always a cheerful face. Axiomatic conservatism yearns to outlast the very nation that made it possible." "Like characters in a gothic horror, principled conservatives are drawn more to the necrotic form of the country than to its living flesh."

Burke’s view that liberty in America arose not from ideology or “abstract liberty” but from a fortuitous set of ethnic, religious, governmental, economic, educational, and geographical circumstances implied, negatively, that American liberty could not easily be replicated elsewhere. A quarter century after the Speech on Conciliation, Burke made that implication explicit in his most famous work. (Burke’s foes in the ensuing debate—the axiomatic Whigs of his day—accused him of jettisoning his principles, yet the consistency of the themes running through Burke’s work is unmistakable.) In Reflections on the Revolution in France, Burke affirmed his love for “a manly, moral, regulated liberty.” Yet Burke denied that he must praise liberty “as it stands stripped of every relation, in all the nakedness and solitude of metaphysical abstraction.” Liberty, he argued, must coexist with government, public enforcement, military command, taxation, morality, religion, property, order, and manners. Without these, Burke wrote, liberty is not a benefit but merely permits individuals to “do as they please.” The “manly, moral, regulated liberty” that Burke prized, and throughout his career defended, in short, has multiple, intersecting preconditions.

Axiomatic conservatives, by contrast, believe that liberty derives from ideology or systems of belief, which are easy to identify and easy to transmit. They assume away the context that, Burke thought, makes liberty possible in the first place. Burke, and his disciples up to the present day, hold that liberty is embedded within a particular institutional and sociological background. Just how fortuitous and singular one regards the Anglo-American and Western traditions of liberty will almost entirely determine whether one is an axiomatic, ideological conservative or instead a Burkean, classical conservative.

Trump, I'd observe, is a Burkean.

In sum, if you want to defend your principles you have to defend the people who thought them up and lived them in their geographic redoubt because after all, if you change the people, you change the place. If you want a conservative country, you have to grow conservatives: encourage marriage and childbearing over careers and libertine behavior, reduce the cost of housing, eliminate credentialism. Starve the universities, fire the bureaucrats, seal the border, give Christianity primacy in the public square and dare anybody to do anything about it. This is thankless and perhaps hopeless and even dangerous work for conservative politicians and public figures at this point.
Email Post
Labels: national interests politics that's what separate countries are for

ia said…
I'd say a country, and ultimately a civilization, that elected a Barack Hussein Obama as their president is no longer serious anyway. As you say in your following article status is the only, or primary, reality. Privilege, obligation, honor, custom and divine order mean nothing because they maintain manly virtues and we, collectively, have decided European manliness is evil. This insanity has taken place within one human lifetime. What is unfolding is so bizarre and unnatural that it can't continue. I suspect Islam will shut it down.