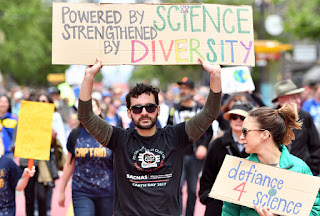 All across the country yesterday, dozens if not hundreds of people marched for Science! As such things go, this wasn't so much about science as about another excuse for the usual suspects on the manic spectrum to act out in public.

Science! is unfortunately a recurrent theme on this blog. I wonder if any of the Science Marchers are open to discussion of IQ heritability, or the reproducibility crisis, or Mann's hockey-stick?

Science seems increasingly less about collecting data and going where observation and inductive inquiry lead you, and more about constructing non-falsifiable hypotheses to support pre-ordained conclusions. "Climate Change" and "Nurture, not Nature" are good examples of hortatory, non-falsifiable hypotheses, because the variables and data sets are so large you can always string enough stuff together to support the Cathedral's pronouncements. 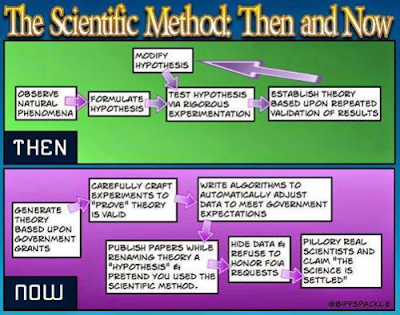 You think they're joking. 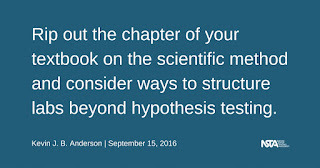 As noted Scientist Robert Reich Pee Aitch Dee reminds us, there's Good Science and there's Bad Science. Cosmological and biological evolution are Good Science, because they contradict the Biblical literary narrative of Creation espoused by Christian nutjobs. Observing that biological evolution means homo sapiens evolved to fit different environmental and social niches is Bad Science, because it implies that not all men are created equal.

One of the Edge participants, Daniel Dennett, apparently offends Good Science for his rather prosaic observation that Consciousness appears to occur along a spectrum of neural complexity. I find this controversy odd because when I was growing up, Dennett would have been the anti-Establishment rebel quoting Charles Darwin and Sartre, versus the Baptist preacher lecturing his congregation that Man is not an Ape. Now, Dennett is the stodgy Darwinist who sings Christmas carols and says natural selection molded brain structures to an apex point of Conscious Man, while Australian academic David Chalmers is the fundamentalist preacher handing out Chick tracts and denouncing Dennett's soulless materialism. Dennett looks at increasingly complex brains and behaviors and concludes consciousness exists along a spectrum. In opposition, Chalmers talks about "feelings" (no kidding) and "pan-proto-psychism" ("It's out there, man!") and Dennett, frustratingly, finds himself wrestling Jell-o. Guess which one gets invited to TED talks.

Why is Dennett's hypothesis so controversial? Chalmers argues for a Mind-Brain dichotomy which is not observable (and hence, non-falsifiable). But even non-scientists observe that as human brains degenerate, consciousness ebbs. Nevertheless, the Mind-Brain dichotomy must be maintained because, among other topics, it "explains" trans-genderism. After all, nobody has yet found a "female" brain in a male body so, by transcendent leap, we conclude that Caitlyn Jenner's Mind got metaphysically trapped in Bruce's Body, through all those years when he was winning the decathlon and siring six children by three women. Likewise, if mentation is proficient to the extent of an individual's neural structure, then Education is a private good with diminishing marginal utility.

Chalmers' discomfiture appears rooted in the Cathedral's dictate of Equality, to which even Science must bend the knee: humans are bound by an over-riding psychic unity; all humans are equally educable; hierarchy has no basis in reality.
Email Post
Labels: gnosticism science


"I don't get the Science March thing. Is it anything besides being another anti-Trump thing?

"E=MC2. What does knowing that mean? Is it OK to lie to a girl to get laid?

"The mean global temperature is up a degree. I accept that. Why am I depressed?

"The peculiar predicament of the present-day self surely came to pass as a consequence of the disappointment of the high expectations of the self as it entered the age of science and technology. Dazzled by the overwhelming credentials of science, the beauty and elegance of the scientific method, the triumph of modern medicine over physical ailments, and the technological transformation of the very world itself, the self finds itself in the end disappointed by the failure of science and technique in those very sectors of life which had been its main source of ordinary satisfaction in past ages. ...

"Social life is disappointing. The very franticness of attempts to reestablish community and festival, by partying, by groups, by club, by touristy Mardi Gras, is the best evidence of the loss of true community and festival and of the loneliness of self, stranded as it is as an unspeakable consciousness in a world from which it perceives itself as somehow estranged, stranded even within its own body, with which it sees no clear connection.

"But there remains the one unquestioned benefit of science: the longer and healthier life made possible by modern medicine, the shorter work-hours made possible by technology, hence what is perceived as the one certain reward of dreary life of home and the marketplace: recreation.

"Recreation and good physical health appear to be the only ambivalent benefits of the technological revolution."
April 24, 2017 at 8:33 AM

Jeffrey S. said…
One of the smartest philosophers I know, Ed Feser, respects Chalmers, so I wouldn't dismiss him so quickly. I don't think his concern with Dennett's ideas have anything to do with "Equality" (with a capital E!) but rather his strong metaphysical commitments against materialism (which you should share as someone who is religious.)

Feser brings Chalmers up regularly at his blog -- here is just one interesting post among many:

For Feser (and Chalmers) the key idea behind mind (and consciousness) is that of course it can't be solely a physical phenomenon -- they argue this from a metaphysical standpoint. Feser hammers on about this incessantly and highlighted the (atheist) philosopher Thomas Nagel who agrees with the argument and was attacked by 'all the right people' when he wrote a book defending his position:

The Anti-Gnostic said…
Thanks for reading and commenting and the perspective on Chalmers.
April 25, 2017 at 9:10 AM