The modern world tells us, always and everywhere, that bigger is better: GDP must continually grow; cities must perforce become higher density, and literally higher; globalism good/nationalism bad. Greater efficiencies can only result from growth.

Huh. I haven't heard about that last one so much.

Over 5.7 million people live in Atlanta and its metropolitan area. We are in the middle of a building boom. More people, more jobs, and more luxury cars than I can ever remember seeing in my lifetime. Atlanta also has a sales tax of eight cents on the dollar. On November 8, voters approved an increase to 8.9 cents on the dollar.

For MARTA, Atlanta Beltline, a TSPLOST-boosted future is looking bright--Officials promise that $2.8 billion is coming for a more livable, functional Atlanta

I voted against the sales tax increase because I figure with an 8% sales tax and thousands of people moving in, you can find the money for infrastructure somewhere. If you're interested, you can get a copy of the City of Atlanta budget for FY 2017 here. I'll summarize: the City is rolling in dough. And like just about any other enterprise, personnel is the biggest expenditure. Most of this projected $2.8 billion will go not toward actual infrastructure, but to the human resource and logistical tail for infrastructure.

So it seems that even with more people moving in and paying property and sales taxes, the City must still raise rates because it has to pay more people and build more infrastructure to manage its growth. Unit costs are going up, not down. Diseconomy of scale. 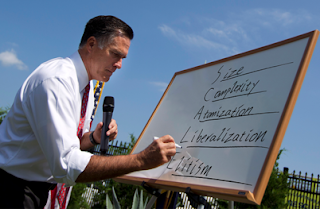 Email Post
Labels: scale this is why we can't have nice things

Bumbling American said…
I'm curious to know how you think SCALE has affected religion. JPII had a famous line when asked why God doesn't speak to us the way he did to the prophets; his answer was, the better question is what is drowning out the voice of God. That to me is SCALE at work--the demanding complexity of everyday life distracting us from the rigorous simplicity of God. Not to mention (as you've written) the state has co-opted so many of the charitable functions of the Church, while destroying the communities that were united by church attendance. Meanwhile, contact with modern commercial society has given Islam a new ferocity and lease on life.

The Anti-Gnostic said…
I took a stab at some related aspects in this post:

Another effect of SCALE is its transfer of purchasing power and influence up the pyramid, unleashing unaccountable greed and corruption. I tell liberal Christian friends that gay marriage is so pernicious because the demotic State, not the Church, not the Royalty, has become the biggest institution in people's lives. Mom and dad solemnly lecturing about homosexuality and pre-marital sex don't stand a chance.
November 26, 2016 at 12:06 PM

Bumbling American said…
Since I've got my head up my ass already...another issue with scale is that it creates problems that seem solvable in terms of more scale while marginalizing traditional answers and making them seem ever more remote from everyday life. Scale grows up, in part, when leaders assume that every situation can be managed successfully. We incorporate that worldview into our expectations and start to smirk at a God who loves everybody but then doesn't try to fix everything. Christianity is a historical religion but is still built on the contemplation and ultimate acceptance of mysteries. Managerialism hates mysteries.

On the other hand, at least in my experience, scale turns religious belief into an essentially gnostic practice. Many real believers are so out of touch with the people around them that they tend to compartmentalize faith and stop trying to proselytize or influence...so the faith moves from a historical religion with mysteries to a "mystery religion." Faith becomes a secret only the elect can get instead of a grace available to everyone. If nobody else thinks the way I do, maybe there is some big secret here...

Finally (about time) it seems like scale not only gives us the illusion of progress and perfectibility in this world but also the illusion that we have more to lose than some guy in Antioch 2,000 years ago living hand to mouth. Muh job, muh credit rating, muh iPhone...too many of us (like me) live as though those are sources of tomato happiness worth clinging to.

The Anti-Gnostic said…
scale not only gives us the illusion of progress and perfectibility in this world but also the illusion that we have more to lose than some guy in Antioch 2,000 years ago living hand to mouth.

Yes. Monetary inflation and technological progress mask spiritual, social and cultural decline. In a lot of ways we are regressing, or just running in place.
November 27, 2016 at 10:04 PM

Bumbling American said…
I just realized I got that last line spellchecked into "tomato happiness" from "ultimate happiness"...all is vanity, particularly long-winded comments
November 28, 2016 at 11:23 AM

Colonel Blimp said…
Another useful concept is Michael Oakeshott's notion of the 'enterprise association', which is bent towards a particular ideological purpose, usually if not always with the state as the leading player. The enterprise association of the contemporary West is incessant GDP growth. The whole energy of the state and its chums in the business world and the media is devoted to sustaining perpetual growth, even if the growth increasingly resembles a malignant one, even if the economy becomes increasingly fantastic in theory and practice. Seriously, after nearly a decade of 0% interest rates, what connection does money have with reality? The Fed is stoking a massive asset bubble, but nobody can bring themselves to face it, and now we have Summers et al beating the drum for the abolition of cash. But just as the shark must swim or sink, so we must have endless 'development'.

Our leaders find themselves in the same position as Aztec kings and their priests who scoured the land for blood sacrifices to ensure the Sun still rose. In part, they truly believe in the cult of eternal growth and gut and hew accordingly. But they also have a eye on the restless masses, whose only god now is the expectation if not the reality of easy techno-pleasure and cheap grub. I wonder what happens when the show can no longer be kept on the road?
November 28, 2016 at 5:50 PM