A Clayton County jury delivered a post-apportionment award of $10 million to the family of a man murdered by unknown assailants at a Forest Park apartment complex last year, earning praise from plaintiffs' attorney Jeff Shiver for putting aside the fact that the dead man's widow was a Mexican national and spoke no English.

"I'm encouraged that jurors are looking past someone's last name, the language they speak or the color of their skin to see that all lives have intrinsic value," said Shiver, whose team included Shiver & Hamilton partner Alan Hamilton and associate Daniel Beer, and Darren Summerville and Mecca Anderson of the Summerville Firm.

The jurors were not told that the dead man, Florencio Perez-Hernandez, had been in the country illegally, Shiver said. His widow obtained a visa to attend the trial, leaving their three children in Mexico, but had to return before its conclusion, he said.
The defendants, the apartments' corporate owner and management company, offered to settle the case for $1 million a few weeks before trial, Shiver said, after turning down a $7 million plaintiffs' offer last October.

Because of that, the plaintiffs' lawyers will also seek attorney fees through Georgia's offer of judgment statute, under which a party that declines a settlement offer, then loses at trial by at least 25 percent more than the rejected offer, can be ordered to pay the winning party's fees accrued from the date of the offer, he said.
The defense team included Weinberg, Wheeler, Hudgins, Gunn & Dial partners Earl "Billy" Gunn and David Matthews, and associate George Green Jr.

"I can't say I'm surprised with the verdict," said Gunn. "I am surprised and unhappy with dollar amount awarded, although I had a jury that worked diligently."

"I expect us to pursue post-judgment relief," Gunn said.

The case is the second one pitting Shiver Hamilton and Gunn's firm stemming from a murder at the Bradford Ridge Apartments. In 2013, 13-year-old Steven Diaz was shot and killed there, resulting in a confidential settlement last year.

Asked why the first settled while the second went to trial, the lawyers said another insurer handled the first case.
"Different insurer, different philosophy," said Gunn. "I told Jeff, 'that first settlement spoiled you.' I was wrong."
The just-concluded trial involved the Jan. 24, 2015, murder of Perez-Hernandez, 33, who had left the apartment complex to go to a nearby convenience store with a friend, Emmanuel Perez-Lopez.

As they returned, according to Shiver and court filings, three men asked them for cigarettes; upon being told they had none, someone hit Perez-Lopez in the head with an unknown object, and he passed out.

When he came to, Perez-Lopez returned to the apartment and told others there about the attack, and they went in search of their friend. They found him dead from a gunshot wound in the apartments' parking lot, 50 to 100 feet from where he and Perez-Lopez had been accosted.

Clayton County, Georgia was the setting for Margaret Mitchell's great circa bellum novel Gone With The Wind. Much of the 1977 film Smokey And The Bandit was shot there, back when we used to look like this. 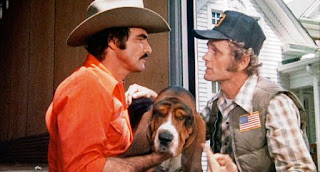 Rest assured my friends, all those days are indeed "gone with the wind."


In summary, whites are fleeing, vibrancy is moving in, and incomes are stagnant and declining, despite the unmitigated boon of cheap immigrant labor. I know white rednecks who just up and left, dropping their keys off at the bank. Central American stoop laborers, paid in cash, stumbling around drunk, are easy marks for black predators.

The security measures necessary to keep Bradford Ridge Apartments predator-free would likely price the unit costs out of the reach of the late Perez-Hernandez. The tactics necessary to keeping his assailants away would be illegal. This is quintessential anarcho-tyranny: the property owners are placed between the Scylla and Charybdis of pricing out their own customers thereby eliminating their income stream, or assuming the full expense for the general criminality of Clayton County and its dysfunctional demographics, which is frankly uninsurable and impossible.

Let me unpack this a bit more: a Clayton County jury (none of whom, I assure you, were landlords) apportioned practically no fault to the actual trigger-pullers (that's what the "post-apportionment" means) and simply speculated that something could have been done to prevent a group of human predators from preying on their unfortunate marks (machine guns? Ghurkas? a crocodile-filled moat?). Note also the strange tale of the survivor: they hit him over the head, and apparently drag his buddy 50 to 100 feet away where they shoot him, then conveniently disappear, allowing Perez-Lopez to regain consciousness, return to the apartment, then go looking for the decedent whom (hey, presto!) they find shot dead. I'm not an actor on Law & Order, but this story stinks to high heaven.

Which gets me to my Anarcho-Capitalist Proposal: If the costs of general criminal activity in counties are going to be socialized on to the county's property owners, why not just give the property owners the county? 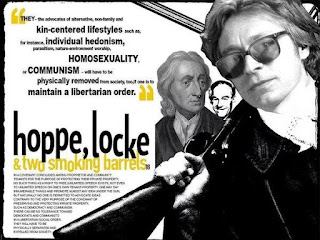