Why can't we have it?

A citizen of the world can sign up for membership at a Crossfit box at locations from the Cook Islands to Istanbul. I attend wedding receptions and meet immigrants from everywhere, and everybody dances to the same American music (usually hip-hop). The US military spans the globe, and English is the international language of business, aviation and maritime. Over 1 million people immigrate to the US each year, as many as arrived in Europe in 2015. Why can't this prosperity-fueled dream last forever? Can't we all just get along? 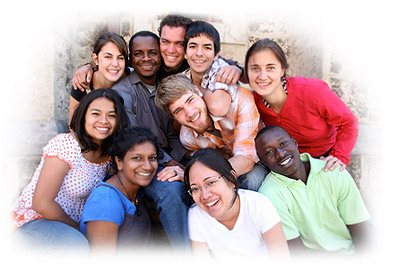 I was sincerely asking myself these questions. After all, has not +Francis of Lampedusa himself assured us our catholic and apostolic Faith has lifted the curse of Babel? 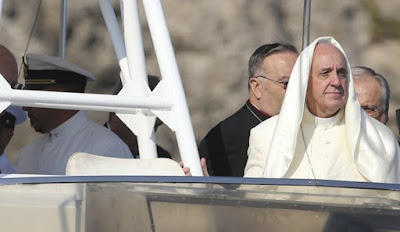 11 And the whole earth was of one language, and of one speech. 2 And it came to pass, as they journeyed from the east, that they found a plain in the land of Shinar; and they dwelt there. 3 And they said one to another, Go to, let us make brick, and burn them throughly. And they had brick for stone, and slime had they for morter. 4 And they said, Go to, let us build us a city and a tower, whose top may reach unto heaven; and let us make us a name, lest we be scattered abroad upon the face of the whole earth. 5 And the Lord came down to see the city and the tower, which the children of men builded. 6 And the Lord said, Behold, the people is one, and they have all one language; and this they begin to do: and now nothing will be restrained from them, which they have imagined to do. 7 Go to, let us go down, and there confound their language, that they may not understand one another’s speech. 8 So the Lord scattered them abroad from thence upon the face of all the earth: and they left off to build the city. 9 Therefore is the name of it called Babel; because the Lord did there confound the language of all the earth: and from thence did the Lord scatter them abroad upon the face of all the earth.

And the answer is, no we can't, and the reason we can't is Power, and all the noble impulses and charitable feelings and wishful thinking won't change the outcome. A world of transnational governance is so remote from the diffuse taxpayers who support it as to be completely unaccountable. Witness the obscene disregard for constituencies with transnational organizations like the EU, whose wealthy bureaucrats unleash Muslim net tax-consumers on their peoples. NATO casually blows up functioning countries. The TPA/TAA/TPP is thousands and thousands of pages of impenetrable, lobbyist-drafted, anti-democratic legalese which no Representative, much less his hapless, anonymous constituents, could coherently analyze for beneficence of the national interest.

Power, like wealth and ethyl alcohol, is an intoxicant. It makes people do dangerous and stupid things. But it is a collateral characteristic of power which drives this process, and that is its craving for altitude. As our friend Porter so succinctly and elegantly puts it,


These were the thoughts as a friend called today to ask my opinion of some local political trifle. Upon expressing ignorance of the issue, he quipped “You know more about what’s going on across the world than you do across town.” And that’s true. Because whether meter maids are working on Wednesday afternoons will ultimately exert less gravity on my life than the large objects forming far away. It’s a poignant realization that politicians closest (and thus most conceivably responsive) to their citizens are those least empowered to serve their interests. While that is unfortunate for man’s happiness and dignity, it’s not at all atypical to his station through history.

Because power craves altitude. It seeks the greatest possible elevation from those rooted to the ground. Only constant vigilance and viable threat of head/neck separation have ever leashed power to the same plane as the people. Those too stupefied, venal, or craven to hold the ropes can be assured of it quickly levitating far from their input. And that is much of what passes for current political discussions in both America and Europe: a frantic “come back!” gesturing toward the fading helium balloon called government of the people, by the people, and for the people. I guess we’re just not the people.

And to reiterate, that is why we can't rebuild Babel, because power craves altitude. The transnational apparatus erected to administer the global village is a ravenous, impersonal, totalitarian Beast. And ultimately fragile and doomed to collapse as every scaled, complex empire in human history has ever ended up.

But we never learn. Thank God for his enduring, eternal Grace.

P.S.: Speaking of Babel, language is uniquely confounding. Translation, particularly outside language-families, is notoriously difficult. Different language and the related idioms shut off a whole host of interpersonal signals. Language is such a patent and difficult barrier, one wonders if it is an evolved response. The Creator apparently thought it was important.
Email Post
Labels: biodiversity ecclesiology ecumenicism neo-reaction the dark enlightenment

Porter said…
Power, like wealth and ethyl alcohol, is an intoxicant.

A great deal of misery could be avoided by understanding this.
February 7, 2016 at 9:19 PM

This is very interesting-and it doesn't just apply to rich, intelligent, high-positioned people.

I spent a career in the military, and it is unquestionably true that that same attitude applies to soldiers and sailors-even the lowest privates in the army. People join the military for 1) excitement and 2) adventure, and 3) the feeling of being part of a bigger team, participating in bigger, world-historical events.

Nobody joins the military hoping to hang around their local training area (Fort Polk, Louisiana, or Fort Drum, New York, or whatever). They join the military to SEE THE WORLD. That's not to say they want to be sent to Iraq, or Afghanistan. But they want to be a part of HISTORY, even a small part. Even the guys who won't be infantry soldiers: they could be clerks selling insurance in Dubuque, or clerks managing paperwork for the occupational army in Germany (or Japan, or the Middle East, or whatever).

You really feel like you're an important guy, doing important things, when you are sent to Germany to do things (even if those things are cleaning your tank in the motorpool).

I'm not saying there's anything uniquely wrong with this. I'm just suggesting that this will to power, or will to 'be important,' applies to everybody, and not just Harvard grads or EU technocrats. Big, world historical events are fun, and offer opportunities to be (feel like) big, world historical people all the way down the chain of command.

lannes said…
Like the poor sod in San Francisco a few years back who deliberately tried to infect himself with the AIDS virus because he wanted to feel like he was "part of history".
February 8, 2016 at 3:13 PM

Patrick Sheridan said…
"After all, has not +Francis of Lampedusa himself assured us our catholic and apostolic Faith has lifted the curse of Babel?"

The Anti-Gnostic said…
I'm being hyperbolic. He has all but said that migration should be free and unfettered, and I've never heard a churchmen of any sect reference the history of Babel even though it would seem directly applicable.
February 8, 2016 at 5:04 PM

Patrick Sheridan said…
Rome has always been on the side of the status quo. Her only interest is to preserve herself, a semblance of credibility, fingers in pies, diplomatic standing, &c. Hence Francis' recent support for Britain's continued EU membership, Leo XIII's calling upon the French to "rally to the republic," Rome's open alliance with fascism in the 1930's, among many other instances. Why should globalisation be exempt?

This worldly tendency says more to me about the nature of Rome than anything else.
February 8, 2016 at 5:37 PM

Anonymous said…
@Patrick Sheridan: That's exactly why Pius IX fought so hard to retain the Papal States- because without a self-supporting stretch of sovereign territory, he feared his successors would be reduced to begging for table scraps from the mighty and powerful.

I'm more and more convinced that not having a real country to run anymore is one of the main reasons that the upper hierarchy of the Catholic Church have been passionately flirting with neo-Gnosticism over the past 50 years. Pius IX had a reputation as an optimistic liberal before the conclave, but having to chase down and execute bandits, fight off invading armies, run functioning courts of justice, and deal with dwindling finances brought him back to Earth very quickly.
February 9, 2016 at 5:11 PM

Anonymous said…
"And the answer is, no we can't, and the reason we can't is Power, and all the noble impulses and charitable feelings and wishful thinking won't change the outcome."

The ideology you promote requires power to implement, which requires power to attain control of the infrastructure and institutions. The machinations necessary to achieve such altitudes renders your own argument void in logic.
February 13, 2016 at 6:22 PM

The Anti-Gnostic said…
Nice try. Except a society rooted in tradition and custom doesn't require civil rights laws and domestic spying and SWAT teams to govern.
February 15, 2016 at 8:07 AM