The shootings by a Kuwaiti Muslim yesterday got me thinking it would be a good idea to post The Stranger by Rudyard Kipling. Then I vaguely recalled posting it before and sure enough, here it is from April 9, 2013, so this is part 2.

The Stranger within my gate,
He may be true or kind,
But he does not talk my talk--
I cannot feel his mind.
I see the face and the eyes and the mouth,
But not the soul behind.

The men of my own stock,
They may do ill or well,
But they tell the lies I am wanted to,
They are used to the lies I tell;
And we do not need interpreters
When we go to buy or sell.

The Stranger within my gates,
He may be evil or good,
But I cannot tell what powers control--
What reasons sway his mood;
Nor when the Gods of his far-off land
Shall repossess his blood.

The men of my own stock,
Bitter bad they may be,
But, at least, they hear the things I hear,
And see the things I see;
And whatever I think of them and their likes
They think of the likes of me.

This was my father's belief
And this is also mine:
Let the corn be all one sheaf--
And the grapes be all one vine,
Ere our children's teeth are set on edge
By bitter bread and wine.

I don't remember what current event prompted that first posting. There certainly has been enough grist for this mill lately, what with the shooting of Kathryn Steinle by a Mexican national with no visible means of support, who is probably schizophrenic. Then there was the slaying of a Washington DC businessman, his wife, their son and their housekeeper by native Guyanan Daryn Wint, whom somebody for some reason thought would be a good addition to the country. 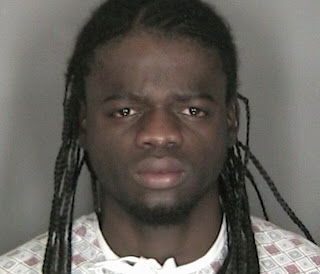 
Initially, Wint was represented by the D.C. Public Defender Service, but Hanover said that the family preferred to hire a lawyer. He thinks they found his contact information on an Internet legal referral service such as Avvo.com.

Hanover said that Wint’s family wanted someone who specialized in immigration issues, fearing that this case could trigger Wint’s deportation. Wint, who was born in Guyana in South America, moved to the United States with his family in 2000 and became a permanent resident after obtaining his green card.


Less pertinent to immigration and more pertinent to the general theme of a society showing marginal breakdown, there is the murder by immolation of Jessica Chambers, and the targeted shotgun assassination of Carrie Jean Melvin.

In the Chambers case, the young woman lived in a community of 500 people, and of course nobody don't know nuffin. In the Melvin case, the suspect was calling herself a CEO of some pretend company and holding down several jobs chasing her dream of desperate, striving existence in Hollywood. Who did this soft 30-year old prey piss off to be shot by a black assassin who then makes a leisurely get-away in a four-door car in broad daylight?

I've got one more: a young liberal named Kevin Sutherland was punched and stabbed 40 times by some of the savage, dead-eyed diversity he so adored while a trainful of cubicle-dwellers cowered in fear. (Per the linked article, the uh, suspect weighed 125 pounds.)

We are all strangers in a strange and frightening land.
Email Post
Labels: death of the west that's what separate countries are for the doom loop this is why we can't have nice things

Prior Martin said…
I live in a city infested with Diversity I never leave my house without my PDD (personal defense device).
July 17, 2015 at 5:29 PM

IA said…
Thanks for the Kipling. His mother's sister was married to the Pre-Raphaelite Burn-Jones. The Pre-Raphael's were enfluencd by the German group calling themselves The Nazarenes.
July 17, 2015 at 8:49 PM

Anonymous said…
That Kipling really hit the spot, however I'm sure he was expressing what was then considered common knowledge. Today it's considered fringe extremism.
August 4, 2015 at 10:51 AM