This is why we can't have nice things

Once upon a time, colleges were land-grant institutions chartered by the State, for the important task of providing a broad education in the Western canon to society's ruling elite. 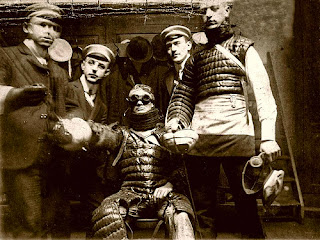 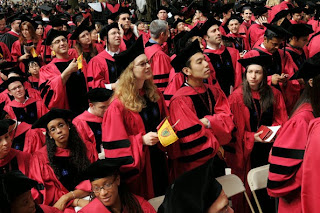 Thus, women have gained access to these elite male spaces. And make no mistake, "elite" means "male" and no amount of liberal handwringing will change this biological fact. When the walls are knocked down to let everybody else in, the institution is no longer "elite." It is now demotic, not meritocratic, and everybody knows it in their bones.

Of course, women don't like being slotted into hierarchy or being kicked down the totem pole from Dad's Precious Snowflake to one of thousands of atomized strangers on campuses that have been transformed into island-fortresses with their own police forces. Colleges started in bucolic or high-trust settings have seen their environs transformed, with their students subject to attacks by human predators.

Thus, we get the uniquely 21st century problem of "rape culture" dreamed up by lonely, confused women insisting they are the objects of unremitting sexual assaults on campus, and requiring all manner of extruded, rococo mechanisms to keep them safe.

In the first place, if colleges really are these horrific, conveyor-operated rape factories, then women should be running screaming from the institutions. They should be forging nuclear and extended family ties and patronage networks so they can always have a trusted male chaperone at hand. They should be demanding a homogenous, high-trust society of reduced scale, so everybody knows everybody. They should demand an end to co-education and promoting religious strictures against promiscuous sex. None of this is happening of course, so we may conclude this is more about protecting the feelings and life-outcomes of women who want safe, consequence-free sex with attractive strangers who treat them shabbily.

In the second place, if colleges really are such dysfunctional, misogynistic hellholes, then they need to be torn down and that will be the end of this 21st century problem. Revoke their land grants and tax-exempt status. Students can live at home and go to commuter schools which operate under the same rules of premises liability and risk management as everybody else.

So that's the end of this: 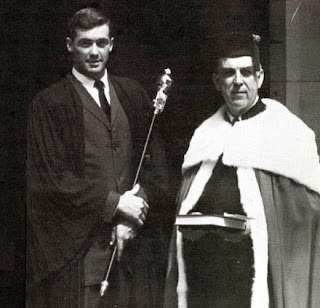 And now it's all going to be this: 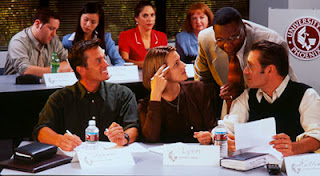 What does "land-grant institutions" mean? I´m European and have never heard of the concept before. It sounds almost feudal.

OT Have you heard anything new about the Matthew Heimbach affair?

The Anti-Gnostic said…
The State buys land and charters a college to be built there. In sum, they're taxpayer-supported institutions. We pay tuition and taxes for public employees to push left-wing propaganda on young adults.
December 4, 2014 at 8:18 AM

Anonymous said…
Land Grant colleges were actually a populist measure in the beginning. They were meant to promote practical learning ("A and M" and "Tech" colleges are largely products of this). This was in contrast to liberal arts schools. There was also a public service mission to share knowledge with the citizenry.
December 4, 2014 at 10:16 AM

Anonymous said…
"They should be forging nuclear and extended family ties and patronage networks so they can always have a trusted male chaperone at hand. They should be demanding a homogenous, high-trust society of reduced scale, so everybody knows everybody. They should demand an end to co-education and promoting religious strictures against promiscuous sex."

In college, I was part of an all-male Catholic student association, which occasionally threw large parties (typically very traditional, jacket-and-tie affairs) to which non-devout students were also invited. On several separate occasions, different women were heard to remark "Their parties of are the only ones I feel safe at on campus". Of course, we were the only hosts on campus who ever went to the trouble of cutting people off after they'd had to much to drink, or of sending a couple of men over to keep a close eye on the creepy stranger who was showing unhealthy interest in the tipsy freshman girl. Wherever there are crowds of drunk women, there will be predatory men following them like lions following a herd of gazelle, and no amount of feminist screeching at incoming freshmen will change that.
December 4, 2014 at 12:40 PM

Bert said…
Anti-Gnostic, I like you a lot, but please stop harping so damn much about women. They're not the only reason Western Civilization is in the toilet, or even the biggest reason.
December 4, 2014 at 1:22 PM

Kakistocrazy said…
"And make no mistake, "elite" means "male" and no amount of liberal handwringing will change this biological fact."

Patently false. In general, elite means the more capable group of PEOPLE. You are definitionally challenged.
December 4, 2014 at 7:52 PM

Doubly false because women naturally make better managers (therefore are the natural elite). I know because a woman told me so once.

Anonymous said…
You're getting a lot of shit lately, AG, but this is a fine blog; keep it up.

Pace Bert, in our current calamity the role of relations between the sexes simply cannot be overstated.

Having said that, in our judgments of individual women one ought to grade on a curve.
December 4, 2014 at 11:01 PM

Right. That's why men are bringing lawsuits in order to be allowed in elite women's colleges and elite female military units.
December 5, 2014 at 9:51 AM

Anonymous said…
You are right, but in the wrong field. The most damaging impact of 'egalitarianism' is with respect to supposed equality between the races. Ferguson is just one incident of many, but it, for whatever reason, is really getting to me.

Every person in this country (regardless of color) does the same thing: spends as much money as they can afford to live in as white a neighborhood as they can afford. Yet the prevailing attitude/rhetoric not only denies this: it denies the validity of stating it publically. Thus, the apparent problem with crime in America is the fact that white policemen aren't letting black teenagers take their guns out of their holsters, when they are sitting in their cars. The policeman's career is over because he did what any human being would have done in similar circumstances, and the media destroyed him for it. Meanwhile, a white guy is beaten to death by 4 teenagers with hammers (in front of his fiance), and nothing is said (think about that: a 15 year old that is willing to beat a stranger to death with a hammer is a true sociopath. 4 of them together should be a shocking, culture changing event. Yet crickets).

Another example: if the bottom 10% of a given school were, say, scotch-irish (or white retarded kids, or East European immigrants), nobody would bat an eye. Every group of people will have a top 10% and a bottom 10% by definition, so every class will have a bottom 10%.

But because that bottom 10% tends to be black, the schools in a nation of 300 million people are being reformed (No Child Left Behind, affirmative action, etc etc).

Women are a problem, but they aren't the main problem. Our belief in equality, and the reality of black abilility, are the real problem.