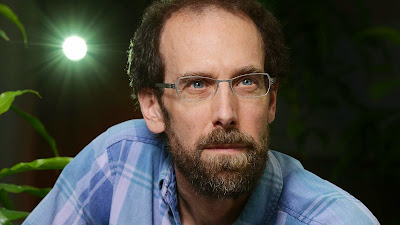 
Now, there will be some direct risks, for sure. If you put sulfuric acid in the atmosphere, some people could die from the extra air pollution. That’s a serious issue, and not one to take lightly. There’s an ethical aspect to taking action that results in harm.

But it seems clear that the net impacts would be hugely positive. And that seems to me to be true from essentially all climate models. Other people might come to different conclusions.


This guy has no idea what would happen. All he does is program computers to generate models. He does not observe the natural world nor does he perform actual experiments to test his hypotheses, and there is no way for him to account for all variables even if he did.

Keith's statements are deliberately opaque and speculative of course, because he's smart enough to know that at bottom, human economic activity causes carbon emissions. So if we are to reduce carbon emissions, then we stop building roads and start analyzing the carrying capacity of countries and tell immigrants to stay put. Container ships rust in vast, ocean graveyards as carbon-spewing Chinese factories shut down. Africa and India are told to stop breeding or starve, as the protein paste spigot is turned off. Urban scale is reduced and employers enable remote worksites where their employees actually live. The vehicle-choked highways that enable homogenous, atomized, statist culture are left to molder into decay. Nuclear energy maintains living standards, as solar and wind are abandoned as unworkable, unaesthetic, and environmentally destructive.

Keith obviously is worried about the retrograde effect--I personally am getting pretty excited--and of course denounces such prudence as "'morally indefensible' [and politically undesirable] at this stage of history."

This is what happens when we give emotionally stunted people Ph.D.'s and academic tenure.

John at Ad Orientem has a good post on the pathology of the environmentalist Left. They hate Man and his place in Nature, and they actually don't care for Nature, just some gnostic notion of "change."
Email Post
Labels: environmentalism global warming gnosticism

let it burn said…
@They hate Man and his place in Nature, and they actually don't care for Nature

they hate *OTHER* men and their place in nature. they love themselves too much to use the nearest suicide booth. they indend to live on. you and i need to die for their religious beliefs.

The Anti-Gnostic said…
It occurs to me the man is expressing a subconscious impulse to reduce the number of humans on the planet, thereby reducing carbon emissions.
December 16, 2014 at 7:19 AM

Toddy Cat said…
Pump the air full of poison, based on some computer model that will be obsolete in a few years? These people are genuine lunatics. Someone needs to call Derek Flint or someone to take these guys down.
December 16, 2014 at 3:07 PM