For the fifth time in my adult life, the US will engage in combat operations in the Middle East. We are doing this because the corrupt meatballs who rule the Arabian peninsula are terrified, and because the jihadists will be coming home, this time with live-fire experience. As the lonely voices of Pat Buchanan and Steve Sailer have pointed out for two decades, we invite the world, so we must invade the world. ISIS is not actually a threat to the US per se. It is a threat to the US government's open borders policy, because a few instances of jihadists setting off IED's in shopping malls and the US Congress, under threat of complete electoral eviction, will be adopting the immigration policy of Israel. Therefore, ISIS must be destroyed.

I also suspect this is actually a pretext to bomb Damascus and its resident Assad family into the dirt, as long desired by the Saud and Thani clans.

Also in play are the semi-conscious motivations of President Peace Prize, who I think would love nothing more than to honor the memory of his father as an openly devout Sunni Muslim. 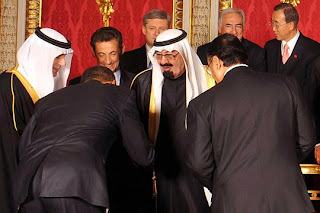 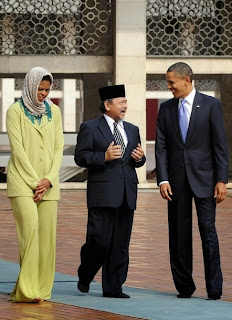 What are we up to now--four proposed wars on this guy's watch? If the Nobel committee were so desperate for a tall, articulate, African head of state who stopped bloodshed, I'd nominate Paul Kagame. 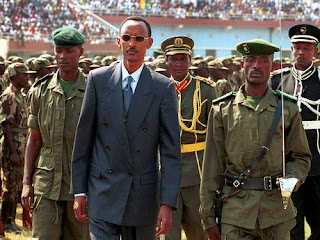 In what number of possible realities is this latest intervention supposed to work out? I doubt Americans have the stomach for another decade of young infantrymen patrolling crowded Middle Eastern cities surrounded by people who hate them. So I'm guessing the plan is to bomb the shit out of the place and hope we can pay enough rival Syrians and Iraqis to supply the boots on the ground. (They haven't stepped up so far, so I tend to doubt it.) The infrastructure of the region will be totally destroyed, and it will take about a week of footage of Syrian and Iraqi children hunting for rats and begging cameramen for food before the foreign aid starts rolling in. There will be more refugees, more corruption, more seething resentment. In sum, more of every bad thing we can imagine and no way out.

UPDATE: Malcolm Pollack weighs in. Malcolm links in turn to another assessment, wherein the authors put a great deal of stock in the supposed soothing balm of pluralistic democracy.* Stable countries are formed around market-dominant majorities. Multiculturalism is actually premised on the opposite: the ethnic or creedal majority is required to accommodate itself to the minority. Ruling minorities are overthrown, as we see in Syria or Iraq, or the multicultural polity devolves into its constituent nations, as with Rome, Austro-Hungary, the Soviet Union and Britain.

Your Kakistocracy said…
I do hope, for the edification of any surviving remnants of our civilization, that there is an Edward Gibbon to chronicle and collate our long descent into "progress."
September 13, 2014 at 1:31 PM

Your Kakistocracy said…
By the way, I thought this was an interesting premise you offered at Vox Day:

I disagree with this completely. What we are moving toward is neo-feudalism. A large, mercantile group will own an area, and you will rent everything from them. A consortium of Bloombergs will buy Manhattan Island. Same with Silicon Valley, Napa Valley, Malibu. Slum areas will be bulldozed and anybody who can't plunk down $500K will have to leave. There will be no prisons--criminals and schizophrenic vagrants will be escorted out the gate.

The Anti-Gnostic said…
A longtime online friend with the handle annalex may still be at Free Republic. He predicts social democracy, socialism, then collapse. New entities will form and acquire territory for their subscribers and negotiate banking and sojourner's rights with each other. Over time, the leadership of these entities will acquire a hereditary character.
September 13, 2014 at 4:26 PM

djf said…
It's highly unlikely we're going to do anything to harm the Assad regime, as you suggest. Obama's fondest hope is to reconcile with Iran, whose nuclear ambitions we are now facilitating. I see no evidence that Obama favors the Sunni over the Shia.
September 13, 2014 at 7:08 PM

The Anti-Gnostic said…
Kenyan Muslims are Sunni. Alawites are considered apostate by some Sunnis.

If Obama wanted to avoid harming the Assad regime, he is quite a poker player. We came very close to all-out war on Syria.

I think Obama favors the Sunni democratic majority and the House of Saud.
September 13, 2014 at 8:19 PM

Toddy Cat said…
Good to hear a good word for Kagame. He's the best leader Africa has produced since Moise Tshombe. Of course, we stabbed him in the back, too, in the name of "democracy". If I were Kagame, I'd be cutting a deal with the Chinese about now.
September 13, 2014 at 9:57 PM

djf said…
Obama quite clearly never wanted to bomb Assad, was never serious about removing Assad from power, and the administration took the first opportunity to back off the path toward getting involved in the Syrian civil war. We ended in an agreement with Assad (under which he supposedly will get rid of his chemical weapons - yeah, right) that puts us in the position of recognizing that his regime will continue. Some poker player. Well, I see that he fooled at least one observer, although he did not fool any of the actors in the Middle East or the Russians.

I am well aware that Obama's despicable, drunk, wife-beating kleptocrat father was a Sunni Muslim (although not an observant or believing one - he was a Marxist). I see no evidence that this has resulted in the current administration favoring Sunnis over the Shia. The only Arab Sunni government with which we have good relations now is Hamas-supporting Qatar. The Saudis particularly hate Obama, correctly perceiving his perverse obsession with befriending with Iran as a threat to them.
September 14, 2014 at 12:21 AM

The Anti-Gnostic said…
Ah yes, the Syrian chemical weapons which remain mysteriously unused by the bloodthirsty dictator of the Syrian coastline. Thanks for reminding us.
September 14, 2014 at 10:19 AM

djf said…
And Assad remains in power in Damascus, with the acquiescence of the Obama administration, which is now intending to bomb his Sunni foes. Thanks for reminding us.
September 14, 2014 at 1:22 PM

Toddy Cat said…
Explain to me why I should care if Assad is in power in Damascus, when the alternative is ISIS or something worse?
September 14, 2014 at 3:09 PM

Unknown said…
If you haven't read them already, you might want to read Neal Stephenson's "The Golden Age" and "Snow Crash" about countries broken up into technologically-advanced city-states.
September 14, 2014 at 3:15 PM

Anonymous said…
"ISIS is not actually a threat to the US per se. It is a threat to the US government's open borders policy, because a few instances of jihadists setting off IED's in shopping malls and the US Congress, under threat of complete electoral eviction, will be adopting the immigration policy of Israel. Therefore, ISIS must be destroyed."

I think you are largely correct. What seems likely to happen, though, is that the war will trigger precisely the sort of terrorist attack on US soil that would have happened anyway, except they'll be able to blame it on the war rather than their idiotic open border policies.
September 16, 2014 at 12:28 PM