Allow me to translate


I was a promising graduate student. I landed a position as a professor before I even started to write my dissertation. While I prepared to start my new job, I decided that I would begin by studying the brine that bleeds sideways within the rocks that underlie the inner Aegean region of Turkey. I dreamed of an ocean of hot water underneath Denizli Province, an ocean that occasionally sloshes out onto the surface to form ice-blue thermal springs. I had seen photographs, but I wanted to be there, to take samples and make measurements, to make it “my” field site. I was trying to find an intellectual home.

I was careful to do everything right. I started out modestly and cautiously, in the summer of 1996, with simple reconnaissance. I booked a spot within a chaperoned group tour and stayed in prearranged hotel rooms and ate bland meals with the 10 or so elderly Australian tourists who were my travel companions. We rode in an air-conditioned bus for days while I stared out the window and scribbled notes about the roads and cataloged photos of the landscape. I covered my head with a scarf and averted my eyes toward the sidewalk.

And then, one day in the Mediterranean resort town of Antalya, instead of going to the marketplace with the group, I sat in a cafe to study some maps. It was broad daylight when I began walking back to the hotel, and a stranger pulled me into a stairwell — and then did some other things. Perhaps an hour later I staggered out with his blood under my fingernails. I cannot describe what happened in a way you will understand, because I still do not understand it myself. I have been trying to understand it for almost 20 years.


As I said, allow me to translate: 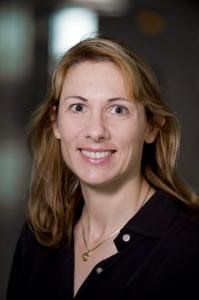 Eighteen years ago, Dr. A. Hope Jahren was the 20-something, globe-trotting grad student getting picked up for rough sex by exotic strangers in Turkey. Now, at age 45, she realizes that everybody's looking straight through her--like she's invisible or something--to the latest grad-student hottie to saunter into the department. So suddenly, after 18 years of silence!, Dr. Jahren drops the bombshell that she was RAPED, yes, RAVISHED in her virginal bloom without her consent, lo those long years ago.

Therefore, we obviously and urgently need to keep all of Dr. Jahren's rapacious male colleagues in the present from sleeping with all these new, young, female grad students.
Email Post
Labels: feminism lies and the lying liars who tell them

Toddy Cat said…
I didn't read the whole article, but, even if true, what does being raped in Turkey by some vibrant have to do with anything going on in American science today, aside from establishing the speaker's "victim" bona fides?This is like me saying "both my parents died when I was fairly young, so you should take my opinions on ISIS and Fed monetary policy especially seriously". The only germane moral one can draw from her story is that pretty young Western women should stay the Hell out of Underdeveloped countries.
September 22, 2014 at 11:23 AM

The Anti-Gnostic said…
Feminism means women are no longer shackled by the hate-riarchal tactic of requiring conclusions to follow logically from premises.
September 22, 2014 at 12:10 PM