The Traditional City simply refers to the pattern of development that human civilization has built in for millenia; 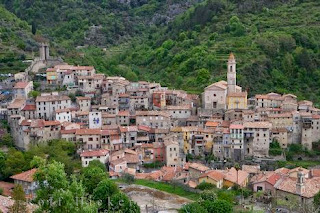 The traditional city emerged way before we could have ever imagined the automobile or railroads. Most traditional cities were relatively unplanned - they naturally emerged simply by people colonizing and building close together, copying styles that they have seen elsewhere and liked; 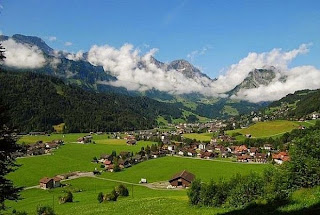 Because the pattern emerged before there were cars or even transit, the traditional city pattern is very compact and walkable by nature. It is very human-scale, and has an amazing sense of place; 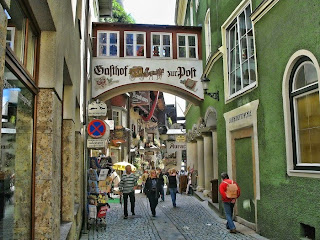 The secret to the traditional city is very simple (it is human-scale!)...

Your Kakistocracy said…
I find the old European traditional cities to be beautiful. Strolling through ancient narrow alleyways as the sun slipped behind the horizon are some of my fondest romantic memories. Those places are almost spiritually resuscitating to visit.

But would I want to live in the middle of one, particularly with young children? No way.

And that's why we get these industrial eyesores in America. People want space and boundaries around their living area. Give me a safe, homogenous society and the ability to quickly eject malefactors, and I'll consider living cheek to jowl. But in a country with Holder's Dept of Justice (sic)?

Unknown said…
If everything was within walking distance, including work, I wouldn't have a car. Maybe a scooter, at the most.

The Anti-Gnostic said…
Iannes - few Americans have any experience in traditional society. Those who have tell me it's like living in a big family house.

C. Wingate said…
I've been watching the whole "new urbanism" thing for some time, and I think YK is right in that after a certain age people lose interest in that kind of life and decide they want to have some property of their own with some space between them and their neighbors.

That said, two comments about the European examples: first off, the top one isn't a city; it's middling-sized town. Even in the US mid-Atlantic it's possible to live in a town of some greater or lesser size and to be able to do most of your shopping/church-going on foot. I can't walk to my church (only about ten people can) but the grocery, elementary school, and a bunch of restaurants and other services can be walked to. You can do the same all around here depending on how much you are willing to lower your housing or commuting expectations.

Second, the price for all that European livability is a American-mind-boggling level of regulation.

The Anti-Gnostic said…
I posted this, and then thought about the impulse I'm always holding at bay to just walk away from it all and buy some mobile home on five godforsaken acres somewhere.
August 11, 2014 at 8:19 PM

SFG said…
You do realize this puts you in with the blue-state SWPL types, right?

The Anti-Gnostic said…
You do realize this puts you in with the blue-state SWPL types, right?