American Antiochians have a new Metropolitan

+Joseph is Syrian-born, and related to +Ignatius, who was Patriarch before +John. Not actually being, ahem, "Self-Ruled," we submit three candidates to the overseas Synod. +Joseph, with his familial connections and recent elevation to archbishop, was widely regarded as a fait accompli. He was something of a sphinx during the dust-up several years ago over the actual status of our bishops. He appears to be an active and engaged bishop from a healthy diocese, and a loyal servant of the Church. May God grant our new Metropolitan many years of service! It has been 38 years since the American Antiochian Archdiocese had a new Metropolitan.

Here are pictures of +Joseph, +Basil and +John, all children of Syrian parents. HBD'ers will note the heavily Greek ancestry. 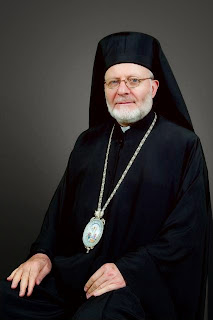 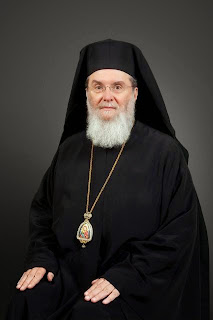 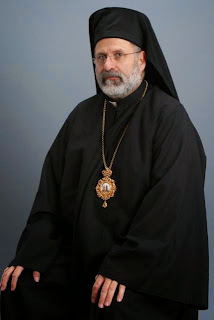 Here is a picture of the Diocese of Toledo/Midwest's Bishop Anthony. He is of Serbian and Lebanese ancestry and played quarterback in his high school (he is over six feet tall). I call him the Doctor Who of our Archdiocese. My daughter thinks he's awesome. 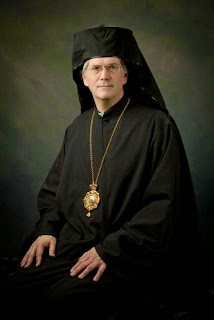 My bishop is +Antoun, old country Lebanese. He is our reposed +Philip's lifelong friend and a passionate follower of Christ. +Antoun is the one who told +Anthony to get into the bishopric, ready or not. 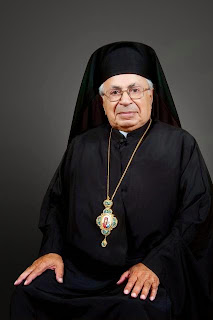 Anonymous said…
Basil did not actually get the most votes at the convention. It was nearly a tie between him and Joseph, with the latter having a slight lead, together garnering about 80% of the vote. John had about 10%.
July 4, 2014 at 2:50 PM