Mohammed to the mountain

That is, +Kyrill to +Bartholomew. 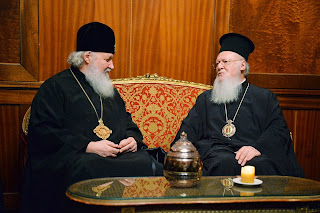 A great Synod of the Primates of the Orthodox Local Churches has been in the works for some time. I had been reading the carefully couched announcements from the Ecumenical Patriarchate very skeptically. But an important preparatory meeting (Synaxis) is rolling right along, and it appears every Patriarch except Antioch's +John was there (Antioch sent a South American Metropolitan). Onward to the Great and Holy Council.

I had also found it very hard to imagine "Third Rome" (Moscow) and her retinue, and Serbia, Romania, Georgia, Bulgaria and their retinues all crowding into the apartments in which the Turks allow +Bartholomew to stay so the Greeks could lecture them on how world Orthodoxy is to be run. But yes, Mohammed has come to the mountain.

+Bartholomew gave his view of things here and +Kyrill made his pitch here. And here is how things will apparently turn out.

I read it so you don't have to: the Russians are on a roll these days. 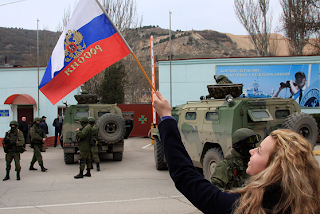