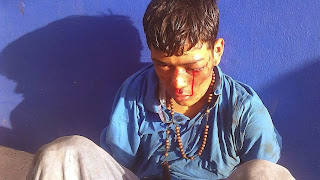 
Edwin Mejia didn't want to go out and steal that morning.

The $75 he and his buddy had made the day before from the stolen motorcycle felt like a fortune compared to the $5 a day he earned selling his mother's tortillas. The 15-year-old lay in bed inside the wooden one-room house he shared with his 10 brothers and sisters and told his partner, Eduardo Aguilera, that he wasn't in the mood.

From yesterday's take, their first job, Edwin could buy a cellphone. If they did the same today, maybe Edwin could buy himself some sneakers. White Nikes were a favorite with the 18th Street gang members...

As the US obligingly imports the rest of the world's excess peasantry, this is the society toward which we are headed. Sam Francis called it anarcho-tyranny.

By the time things run their course, I bet all the libertarians out there won't be screeching about fascism any more.

And speaking of fascism, I'll take a society run by these guys over a society that produces Edwin Mejia and Eduardo Aguilera any day: 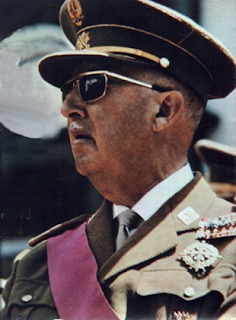 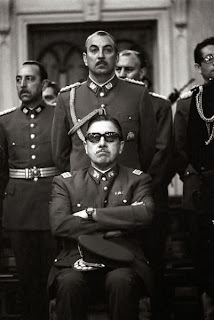 Though as I've said, fascism requires a traditional nation-state and more specifically, probably a European nation-state. I'm not sure Anglos could be fascists even if we wanted to be.

I'm going to edge out a little further on this limb and state that only groups with a sufficiently high median IQ (such as, but not exclusively or necessarily, Anglos and Europeans) can build a K-selected, high-trust society.

Bert said…
"I'm not sure Anglos could be fascists even if we wanted to be."

The Anti-Gnostic said…
Fascism requires a self-identification with the State that is hard to imagine in individualistic Anglos, and also hard to imagine outside a traditional nation-state, i.e., a State with a volk. Americans have never had the experience of a traditional nation-state. Our relation with the State has always been rather antagonistic.

The only Anglos I've ever met with a genuine reverence for the State have been Canadians. Americans may fly the US flag in their very churches, but once the country elects a Democrat then the talk all turns to secession, the Second Amendment, articles of impeachment, etc.

Anglo-Americans are in fact constitutionalists, not fascists, and befitting their Protestant character, they all have their own interpretations.
December 28, 2013 at 10:04 PM

Fascism thrived in South America during the Cold War, and none of those nations had anything close to resembling a volk. In my opinion, their divided nature made them MORE susceptible to fascism, not less. A general could gather several battalions together and march on the capital, and because the population was so divided and untrusting they couldn't do anything about it. I feel as though the US is increasingly coming to resemble them.

Look at Chile. It had a long period of stable democracy, but that didn't stop Pinochet from tearing the entire thing asunder.
December 29, 2013 at 7:31 AM

The Anti-Gnostic said…
Fascism is the State uber alles. The fact that Franco and Pinochet allowed the Church to operate freely probably disqualifies them from fascism right there. Rule by whichever Big Man can muster the most battalions is not really fascism.

Ironically, Chile and Spain currently exist as functioning democracies free to elect socialist politicians thanks to Pinochet and Franco. When the mobocracy starts nationalizing everything and they really do become fascist, I don't think there will be any Pinochets or Francos around to save them.
December 29, 2013 at 8:50 AM

Jason said…
AG, have you ever perused Dave Emery's Spitfire List site? If not, you should. American Corporatism is an efficient political vehicle for fascism.
December 29, 2013 at 4:33 PM

The Anti-Gnostic said…
I get what people are saying. I think the term 'fascist' is over-used and fairly meaningless outside its historical context as a post-monarchical competitor for State power with communism.

It's a little like people calling themselves 'pagans.' Unless you're a Germanic tribesmen fighting the Legions in the Teutoburg Forest with a life wholly entwined with river, tree, solstice, snow, rain, you can never have the same kind of communion with the old gods. You're not really a pagan.

In the same vein, if you cut your teeth in street fights with the communists in the 1920's and weep with gratitude at the sight of Il Duce on the balcony, then I'll call you a fascist.
December 29, 2013 at 5:54 PM

Jason said…
AG, I see where you're coming from. However, when I take a look at the massive collusion between the DOD and the countless private firms that butter their bread with tax money, yet remain outside of any public accountability, I don't know what else to call it. How many highly respected moguls made out on the public dole, but maintain an aura of the quintessential capitalist? Nick Turse's "The Complex" is an excellent resource for illustrating this.
December 29, 2013 at 6:03 PM

Gyan said…
Fascism is too much Solidarity and too little Subsidiarity.

Evelyn Waugh on Italian fascists--nothing exceptional. But Nazis were mad and their participation discredited OUR cause.
December 30, 2013 at 6:23 AM