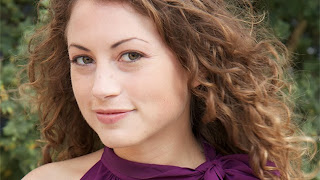 Sailer posts on the extremely attractive Debbie Sterling, CEO of GoldieBlox, which the NY Times says sells toys to encourage your little princess to become a mechanical engineer.

Of course, as a commenter notes, GoldieBlox is ultimately far more concerned with selling toys to make money. As Steve observes,


Have you ever noticed that basically everything you are supposed to believe in these days -- feminism, diversity, etc. -- turns out in practice to just be another way for hot babes, rich guys, super salesmen, cunning financiers, telegenic self-promoters, and charismatic politicians to get even more money and power?

That's a good macro observation, and I submit something is operating on the micro level as well. So many things high-profile women do strike me as just elaborate personal ads. Debbie Sterling is spending a Standford engineering education and some high-end fashion dollars demonstrating what a hot wife and fantastic mother she is. (She is apparently married, by the way.) Not that there's anything wrong with that. Practically all civilization is the result of men advertising what good provider-protectors they are.

Isn't the bottom line effect of feminism just to push women into the same zero-sum-oriented competitions that send men to earlier graves? Most girls won't grow up to be Debbie Sterling, just like most boys won't grow up to be Frank Lloyd Wright. In fact, most men would do great just settling for an ironworker's job on a Frank Lloyd Wright project. How many women are clamoring for that?

Feminism is really only oriented to women in the upper tiers of intelligence and attractiveness. Feminists don't mention, for example, that the realistic job option for most women is customer service for Team Sterling, or stuffing mail order boxes for Team Sterling. (Women hate working for women, by the way.) In another setting, what has feminism done for women's athletics? Now we've got rhythmic gymnastics, an entire "sport" for women to advertise their potential for elaborate lovemaking to Russian oligarchs.
Email Post
Labels: feminism lies and the lying liars who tell them political correctness makes you stupid

Unknown said…
Feminism is about well-to-do feminist women throwing lesser-paid women under the bus.
November 24, 2013 at 7:20 AM

Gyan said…
"Practically all civilization is the result of men advertising what good provider-protectors they are."

You seem to disagree with or at least disdain the propositions that man seeks to know by nature and that man is made in the image of a Creator.
November 24, 2013 at 11:01 PM

The Anti-Gnostic said…
Not all men are civilization-builders. Some cultures never develop civilization at all.
November 25, 2013 at 7:48 AM

Marissa said…
From the link: "Yet ad agencies are predominantly men, she said, and the men in ads are generally heroic and funny while women are sidekicks or homemakers."

Anonymous said…
Not all men are civilization-builders. Some cultures never develop civilization at all.

The Anti-Gnostic said…
City-building, with literacy and complex division of labor.

SFG said…
AG: Jared Diamond kind of has a point in that a lot of places won't support civilization without, say, an industrial civilization elsewhere supporting it. I doubt the Australian aborigines could have developed civilization even without any IQ differences (which I ALSO believe in), and lots of Africa and South America is jungle.

Iannes: Sterling is in fact Jewish, if you google around.

Personally crap like GoldieBlox bothers me less than affirmative action to keep white men out of engineering spots. If you want to try to raise nerd girls, go right ahead. At the worst they'll wind up with a dorky guy.
November 28, 2013 at 11:08 AM

The Anti-Gnostic said…
Your being charitable, and I'm being a little overbroad. Nvertheless, aboriginals in the Southern hemisphere still don't build civilizations, after 300 years of exposure to them.
November 28, 2013 at 1:23 PM

SFG said…
No, I *agree* with you--they haven't now. My point is that some places don't have the conditions to evolve it, even if some groups can't do it even if they have someone else to imitate. (The Japanese, for example, pulled it off quite nicely.)

I think these are actually related--since a farming society will be able to raise crops and soldiers to defeat a pastoral or hunter-gathering one, it selects for civilized behavior. If a farming society cannot arise, there is no selection for non-Big Man traits.
November 29, 2013 at 6:39 AM