The world would simply be better off with more openly drugged-up politicians. I don’t want the heads of the state to appear as squeaky-clean genteel men of good taste and adept intellect. They should look on the outside as they are on the inside: morally rotten. Most of the time, the alleged night watchmen of society are high off of their own narcissism and self-worth anyway. Might as well have them doing a few lines in between writing laws that put cash in the pockets of their buddies while leaving the rest of us high and dry. That way, there is no question of the ethical tomfoolery afoot. The pigsty remains a pigsty.

On the other hand, isn't it natural to expect my betters to be, well, better? Wouldn't we expect a general to be an exemplar of discipline and courage to his troops? Isn't a husband and father expected to be the oak tree who does not waver in a crisis and safeguards the family's honor? Isn't the head of a company a reliable producer, charismatic and hardworking? Why do democratic politicians get a pass?

If we are to have government, then I want my governors to be smart, disciplined men with a moral center. That's how things are supposed to work in the real world, after all. 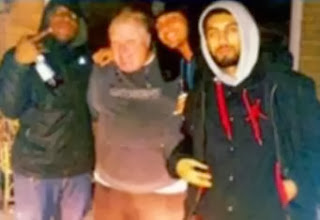 Rob Ford better be careful. He's liable to be raped and gutted like a pig if he keeps hanging around with Somalian gang members.

By the way, if we are not going to have government, then we will have patriarchy. That's the default condition of Stateless society. The men who rise to the top in patriarchy aren't going to be fat slobs with no judgment like Rob Ford. When libertarians make jokes about wanting their leaders to be debauched, reckless individuals, it indicates to me they haven't really thought through the implications of Stateless society. 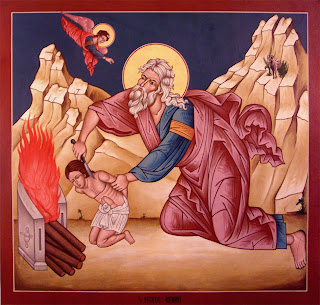 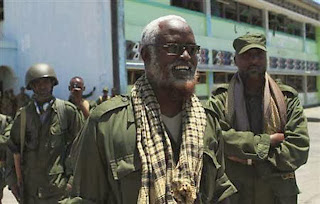 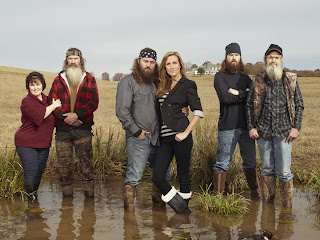 Could you provide one example of a Stateless society?

Also, how are you defining State?. Do you make a distinction between State and Government?

"if we are not going to have government, then we will have patriarchy."
Confusion between the political and family levels of society.
November 13, 2013 at 11:47 PM

The Anti-Gnostic said…
1, The nation of Israel before the line of kings, modern-day Somalia, numerous frontier areas.

So far as they are able, the Amish withdraw from the American State. They are governed by male councils of elders. The Mormons defaulted to the same thing when they got exiled to the frontier.

The States of Syria, Libya and probably soon, Lebanon, are all in stages of collapse. The various familial and national subdivisions will be organized or are organized around dominant men with extended family/patronage networks.

2. The State is the polity erected by a people. The Government is the apparatus for the exercise of State power.

The crucial distinction in places like the US is between the State and the Nation, which coalesces generally around racial/ethnic lines. It can also coalesce around creedal lines, and over time you've got an ethnicity. The Byzantines who speak Arabic today are an example of this.

You've probably seen this phrase before: Nations can have propositions, but a proposition cannot be a Nation. In the US, the various Nations agree to be governed by the American proposition. When that agreement breaks down, the US will devolve into its constituent Nations. They'll start their own States.
November 14, 2013 at 8:21 AM

The Anti-Gnostic said…
By the way, more women than ever are now in State governance. You know my Iron Law of Prestige: when women get access to the institution, it's no longer prestigious. Or as Bob Wallace puts it, what women enter, men leave.

That's another sign the democratic State is set for replacement: it's being populated by women and ever-lower status men. Eventually it won't have enough status to govern.
November 14, 2013 at 8:33 AM

SFG said…
Counterexample: Sweden's got a whole bunch of ladies in government, and they seem nowhere near collapse.

Overall, you are correct: the strong man on a horse is who steps in when civilization falls. We've got a good example of this after the fall of the Western Roman Empire.
November 15, 2013 at 7:20 AM

The Anti-Gnostic said…
Sweden is a cute little experiment. They are running out of Swedes to pay all those old women in their government, so they are importing other people and calling them Swedes and thinking they'll pay all those taxes.
November 15, 2013 at 9:56 AM

Gyan said…
"The State is the polity erected by a people."
True. It is erected by the people as a collective, not by individuals.

The individuals are born into an existing polity. Without exception, I should say. Thus, the State co-exists with the people.

The crucial thing for which State exists and which can not be done otherwise is Justice. You could not punish a person without State. The right to punish an offender is something an individual does not possess. Only a State can punish.

Eg you say "the Amish withdraw from the American State. They are governed by male councils of elders"

So, the Amish are still governed. A State has been arisen among Amish to do justice. They partly secede from the American State but have set-up their own State.

Similarly, the Mormons. The Somalians are governed too.
A frontier is a frontier to something. To the territory of a state, in fact. It is necessarily and temporarily slightly imperfect.

The Anti-Gnostic said…
The right to punish an offender is something an individual does not possess. Only a State can punish.

Not so. Non-State actors punish other individuals for real or imagined infractions all the time. Vigilantes dispense justice where the State is unable or unwilling to do so.

States--organizations with legal codes and a professional bureaucracy--are usually but not necessarily coterminous with nations or other groups.

Of course, all of the foregoing are post hoc concepts applied to individuals and their actions.
November 19, 2013 at 7:48 AM

The Anti-Gnostic said…
I should add, we probably agree more than we disagree: somebody, whether it's a Somali clan, an Amish village, Hasidic township, the caliphate, etc., is always sovereign.
November 19, 2013 at 2:57 PM

Gyan said…
The State or the Polis punishes justly. The individual is not justified in inflicting punishment.
And what he does is not called punishment, properly speaking, but revenge.

For punishment (and justice more generally) can only be meted from a superior. But individuals are all equal to each other.

Thus, the political theory must be anchored in the moral and rational nature of man.

The formalized justice system is an expression of consensus and presumed safeguard of due process. Assuming execution is a fit punishment for murder, it makes no ontological difference whether the victim's brother or the State delivers the coup de grace.

Gyan said…
The polis exists by nature-is an alternative view.

Eg, I think that a family, considered extended in time, can not maintain its cultural integrity by itself. In fact, the rules in a family, divorced from the rules in the polis, may turn vicious.

If someone kills my brother, and I kill that person, is it justice?
Or vendetta?

There are definitions of polis that avoid these pitfalls
November 20, 2013 at 5:43 AM

Gyan said…
Justice has ever been defined in the context of a polis, never in individual terms.

The polis itself is defined by its Way, the laws and the customs that shape even the minds of individuals that comprise the polis.

And it is the Way that defines the justice. In fact, the Way and the justice are one and the same thing. Or one may say that justice is the realization of the Way.

An individual is not a self-sufficient entity. So, he can not define a Way. See also the point made by Dostoevsky about the prime need man has--to worship in common (The Grand Inquisitor).