Apparently, the World's Most Beautiful Woman 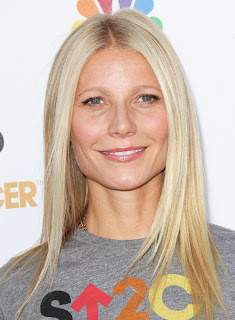 How old is People Magazine's demographic? This is ridiculous. As admirable as Gwyneth Paltrow may be as an entrepeneur, wife and mother she is by no stretch the "world's most beautiful woman." Historically, people were grandparents by her age. I will spare Mrs. Paltrow the indignity of posting any number of women in their 20's more beautiful than her. There is a reason for this: women in their 20's have viable eggs in their ovaries; Gwyneth Paltrow does not.

Incidentally, I was motivated to write this post by seeing some old (in every sense) Sex In The City re-runs. I had never watched the show before, and didn't realize how heavily it was targeted toward middle-aged and geriatric women.

Here's a TED talk that made a lot of people in the linked comment thread uncomfortable: Why 30 is not the new 20.

"It comes as a shock when the truth dawns that every young person is just an older person waiting to happen, and it happens a lot sooner than anyone ever thinks." - Ben Elton
Email Post
Labels: aging culture feminism popular culture

Jason said…
Check the timing of the publication and "award." Coincides with her new movie, one which is likely heavily funded by the DOD. This is just added publicity for it.
May 15, 2013 at 9:03 AM

The Anti-Gnostic said…
28 is a great age.

But, you have to manage your 30's really well to keep things on an even keel going in to middle age. I didn't, and got very badly off track both professionally and personally in my 40's.

Thanks be to God, I have sort of found my level again, so I'm cautiously optimistic about my 50's. Of course, this is also the time in life when elderly family members start requiring care.

You really only have a 10-year window from age 22 to 32 to get your life set up. Every year after that gets harder.

C. said…
You claim to be Orthodox, and yet you commit the common manosphere error of reducing humanity to rutting animals.

The Anti-Gnostic said…
And the monastics would tell you if you're not in the monastery, then the most important you can do outside worship is make a family and take care of them.

Anonymous said…
Jud Askins suggested that Victoria Leigh Soto is the most beautiful woman. She died to save others. She is the extremely distant cousin of the chief of Division of Brazilian Affairs, Philip Owen Chalmers and the cousin of Benjamin, William, and William Temple Franklin.
June 2, 2015 at 2:36 PM

Anonymous said…
The most beautiful woman, Victoria Leigh Soto, is the Daughter of the American Revolution!
May 18, 2016 at 5:12 PM

Anonymous said…
Victoria Leigh Soto's student, Jesse McCord Lewis, was a hero. Lewis was the natural child (out of wedlock) of Neil Heslin and Scarlett Lewis.
July 10, 2017 at 12:48 PM