The Last Psychiatrist, writing about the largest class of female senators in US history, actually has the best take.


I don't want to be cynical, but boy oh boy is it hard not to observe that at the very moment in our history when we have the most women in the Senate, Congress is perceived to be pathetic, bickering, easily manipulated and powerless, and I'll risk the blowback and say that those are all stereotypes of women. Easy, HuffPo, I know it's not causal, I am saying the reverse: that if some field keeps the trappings of power but loses actual power, women enter it in droves and men abandon it like the Roanoke Colony. Again we must ask the question: if power seeking men aren't running for Senate, where did they go? Meanwhile all the lobbyists and Wall Street bankers are men, isn't that odd? "Women aren't as corrupt or money hungry." Yes, that's been my experience with women as well.

Women, like this Army lieutenant colonel (the one on the right), are no longer restricted from combat occupations in the US military. 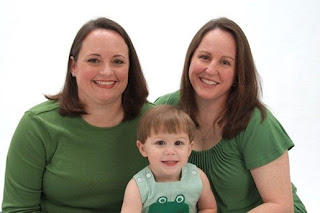 Now that Don't Ask-Don't Tell has been superseded by Never Shut Up, the US military, the last unabashedly straight, male, conservative institution, has finally succumbed and women can be the tip of the spear for the glorious Democrat Rainbow Warrior Army. Strongly masculine men, of course, will do what they've always done: drift away from the institution. For now, men can still hole up in the merc companies and Special Forces, but they're next in the the Gramscian march.

Now that the nuclear powers have so far forsworn the bloody, meatgrinder nation-state vs. nation-state wars of the 20th century, not much will change. The military is increasingly reliant on drone technology and, soon to come, remote-driven tanks. Professional pilots who apparently operate these toys can keep telling themselves that only they are qualified to use computer joysticks all they want. Do they realize how many baby-momma-daddy-child votes you can buy for the price of a single F/A-18 and the thousands of hours training the handsome white guy to fly it?

In the near future, defense contractors will start churning out drones (and the armed robots) like a Chinese firework factory. Recruiters will put up posters in Planned Parenthood, LGBTQ clubs, the barrio, wherever, tell them they're all 'airmen' (ahem, airpersons) and sit them down in front of the computer monitors, row upon row. Women and gays will get their cool uniforms and medals and big parades, but the affectation will be apparent. Prestige will naturally degrade, like the increasingly henny-penny and now extinct astronaut corps. Actually, the rot has already reached the top with the Petraeus-Broadwell-Kelley catfight. 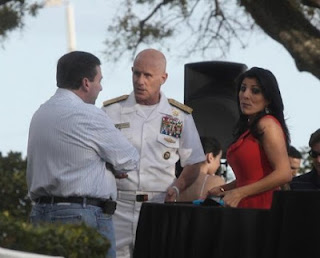 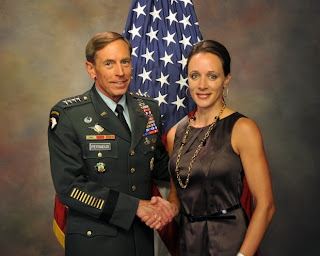 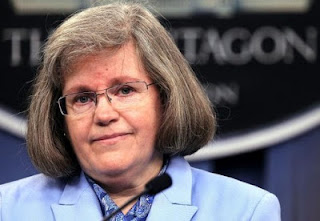 The iron laws will not be broken. When you knock down the walls for women and gays, the straight males who were the only reason the institution was ever considered prestigious in the first place start heading for the exits. Politics, law, the Episcopal church, Broadway, even the American Kennel Club are shades of what they once were. Well no shit Sherlock.
Email Post
Labels: feminism gnosticism the doom loop

Aethelfrith said…
The United States military showed signs of decay long before this most recent capitulation. Some decades before, it was slowly morphing into a modern version of the Byzantine Varangian Guard, relying on insourcing barbarians for national defense.

While I should be happy that this allowed my family to move to the US, I also remember that my father saw enlisting as little more than a meal ticket and a beeline to US citizenship. And when you consider that he is more educated and erudite than other furrin' enlistees, that does not bode well for the esprit de corps.
January 26, 2013 at 12:08 PM

Anonymous said…
"The Episcopal Church" Man, you nailed it!

Rev. Right said…
"Now that Don't Ask-Don't Tell has been superseded by Never Shut Up"